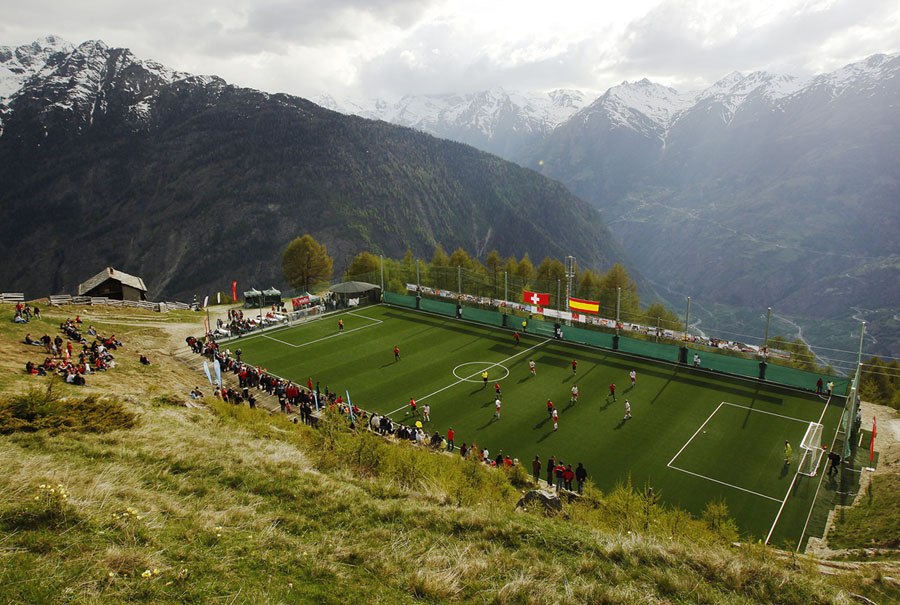 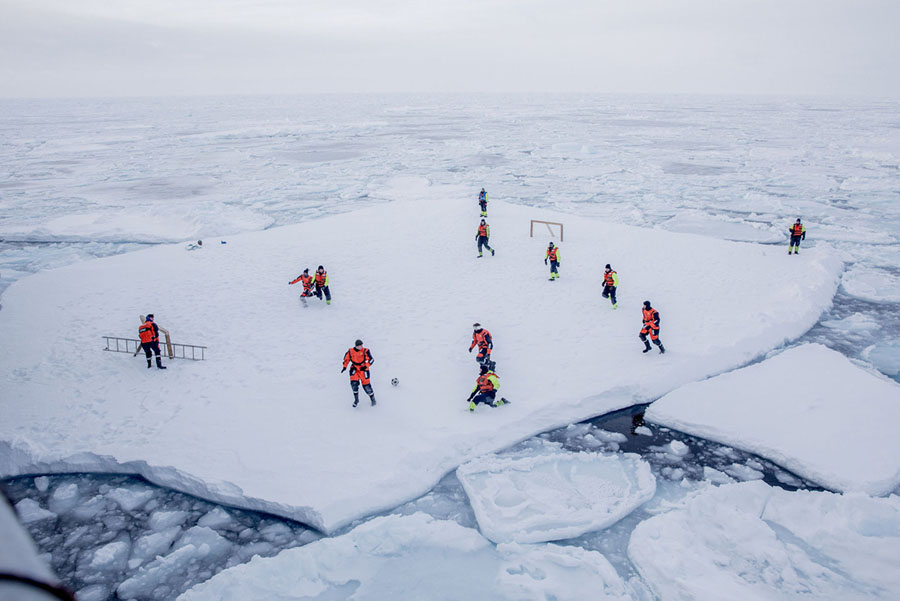 KV Svalbard’s crew, formed by Norwegian navy privates and scientists from the Norwegian Institute of Marine Research, play soccer as they are protected from polar bears by armed guards in the sea around Greenland; Marius Vagenes Villanger / Kystvakten / Sjoforsvaret / NTB Scanpix / Norsk Telegrambyra AS / Reuters 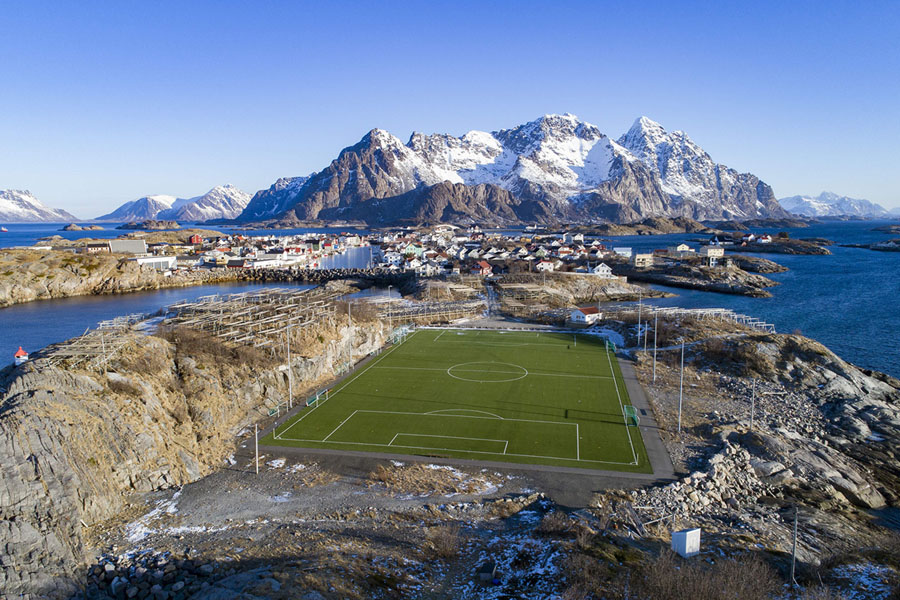 The football stadium of Henninsvaer FC is photographed on March 8, 2018, in Henningsvaer, in Norway’s Lofoten islands; Olivier Morin / AFP / Getty 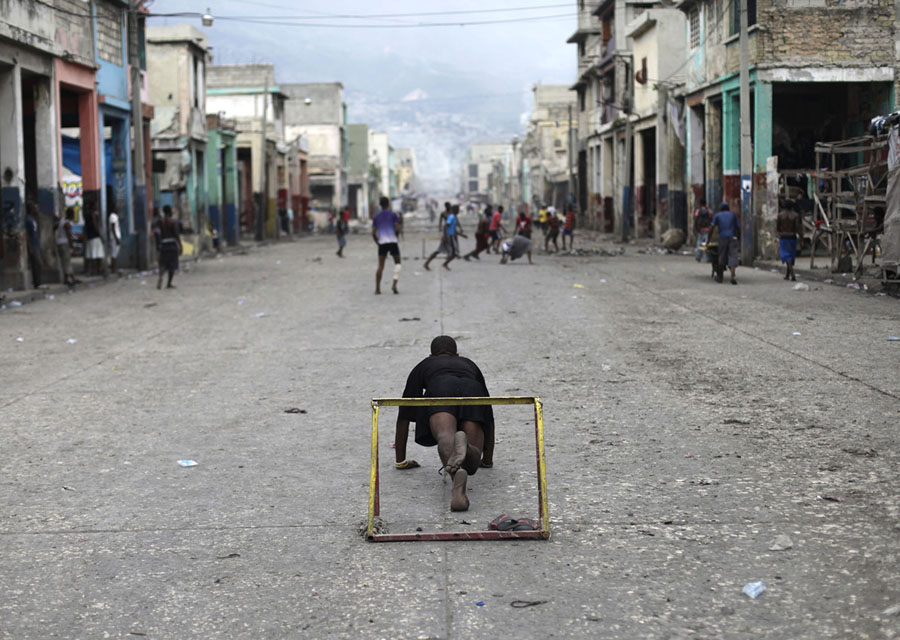 A man does pushups while guarding a goal post as he and others play soccer on a street during an anti-government protest in Port-au-Prince, Haiti; Andres Martinez Casares / Reuters 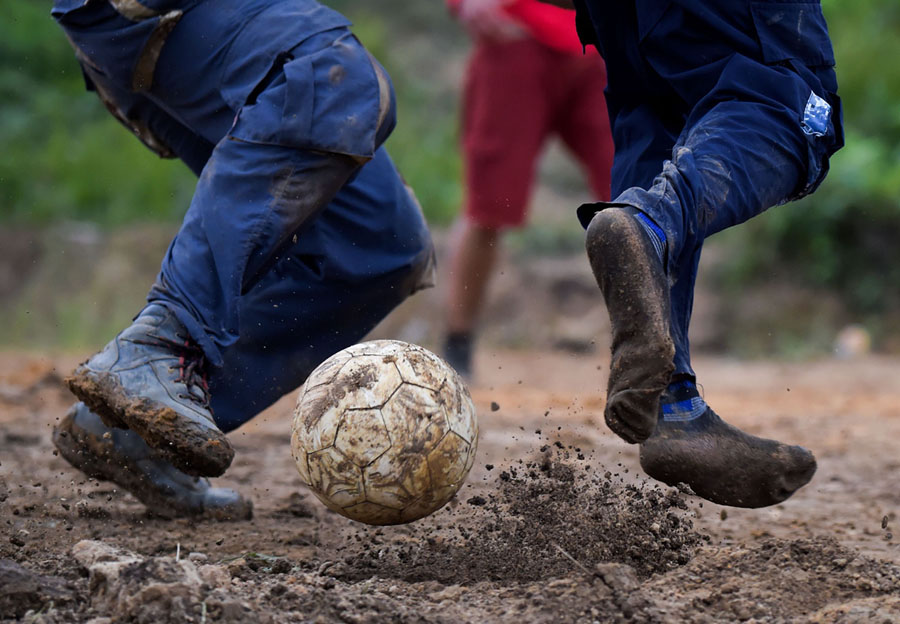 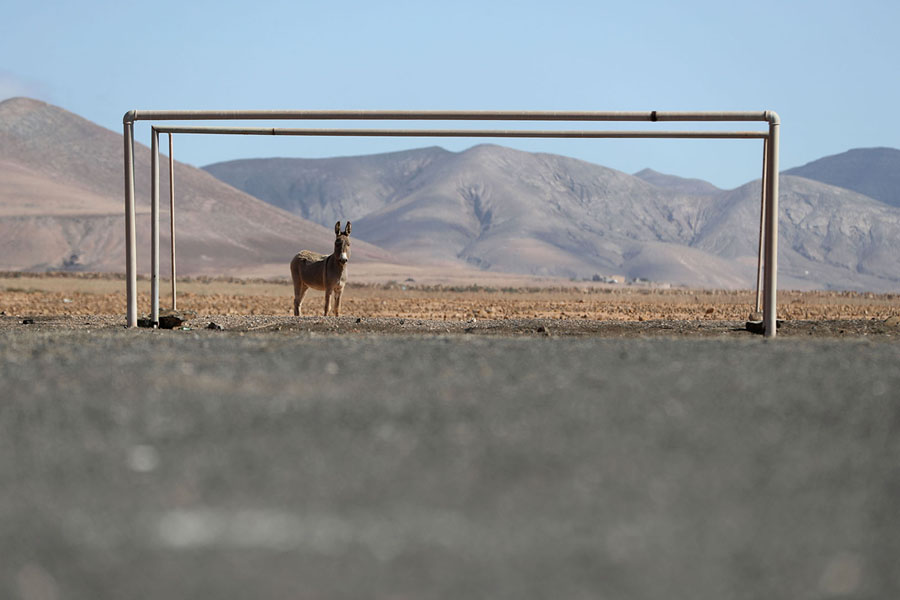 A donkey stands on an empty soccer field near the village of Las Parcelas in Fuerteventura, Spain, on February 18, 2018; Alexandra Beier / Getty 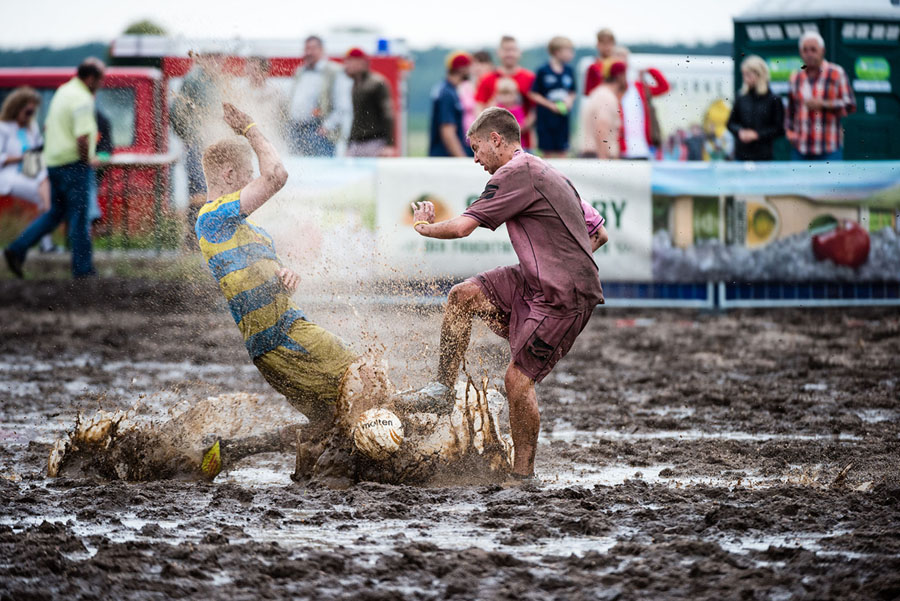 Contestants compete in the 8th mud soccer championship in Woellnau, near Leipzig, Germany, on August 6, 2016. Legend has it that a Finnish officer sent his soldiers to the bog for conditioning runs. To increase the fun factor, one day he kicked a ball onto the marsh and mud football was born. The championships have been held since 1998, and in 2000, a world championship with international teams was created; Jens Schlueter / Getty